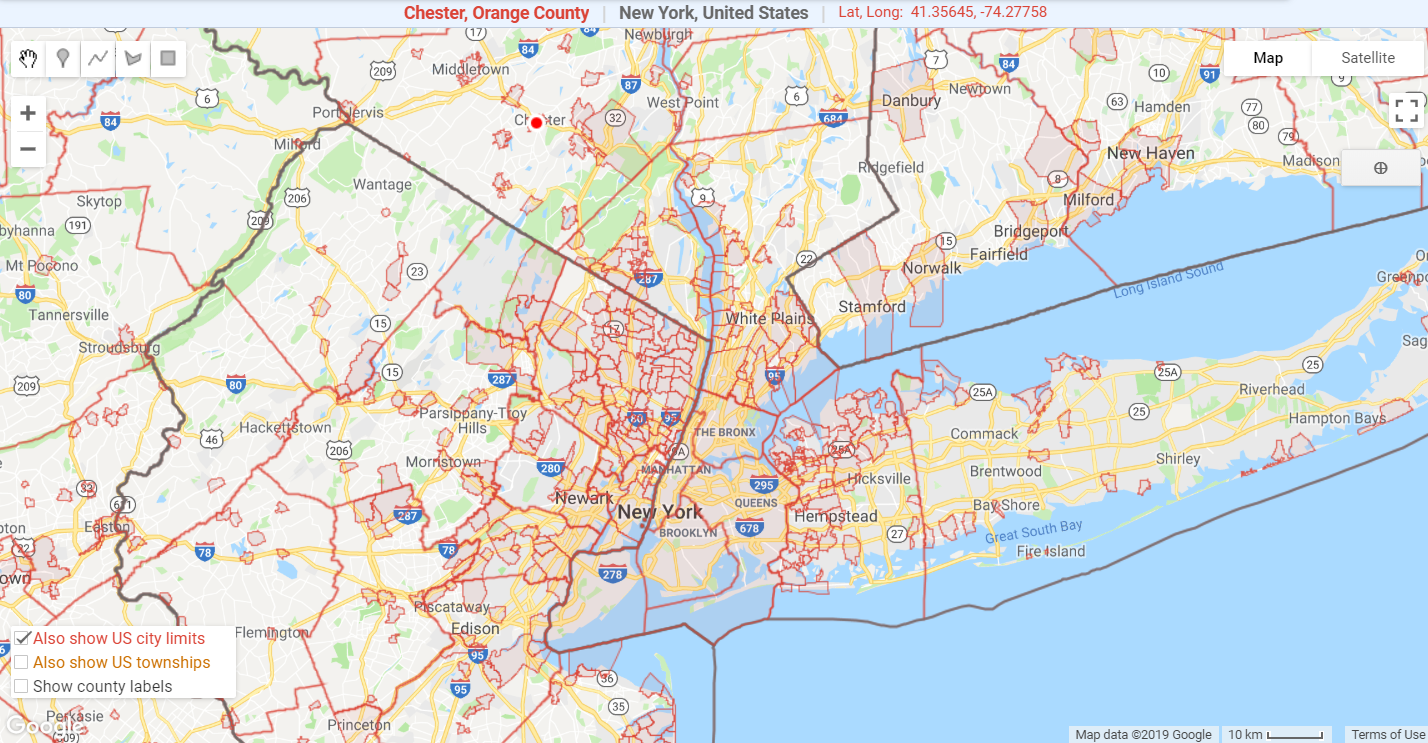 This enhancement pertains to the County Lines on Google Maps and Elevation on Google Maps tools. As you may already know, you can choose to show US City Limits on your county lines map by checking the “Also show US city limits” checkbox in the lower left corner of the map. If you’ve done that before, and happened to be looking in a busy metro area, you get a somewhat jumbled mess of red lines, making it hard to distinguish counties and cities.  Here’s what it used to look like: Now, when you check the “Also show US city limits” checkbox, … Read more 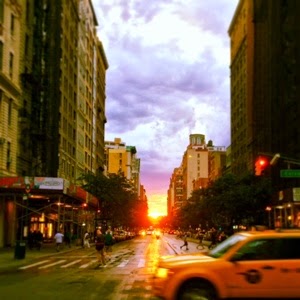 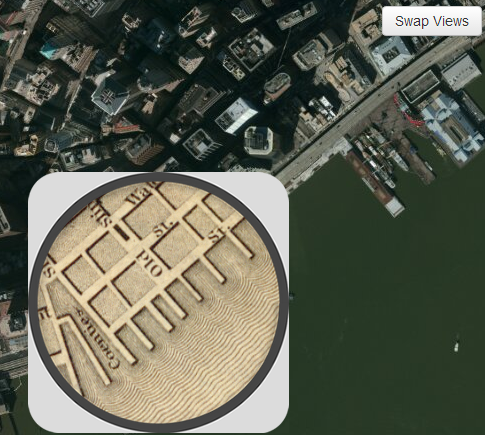 Here’s Snoopy and Woodstock in the Macy’s Thanksgiving Day Parade, taken from our rooftop deck in nyc. Happy Thanksgiving to you and your loved ones! 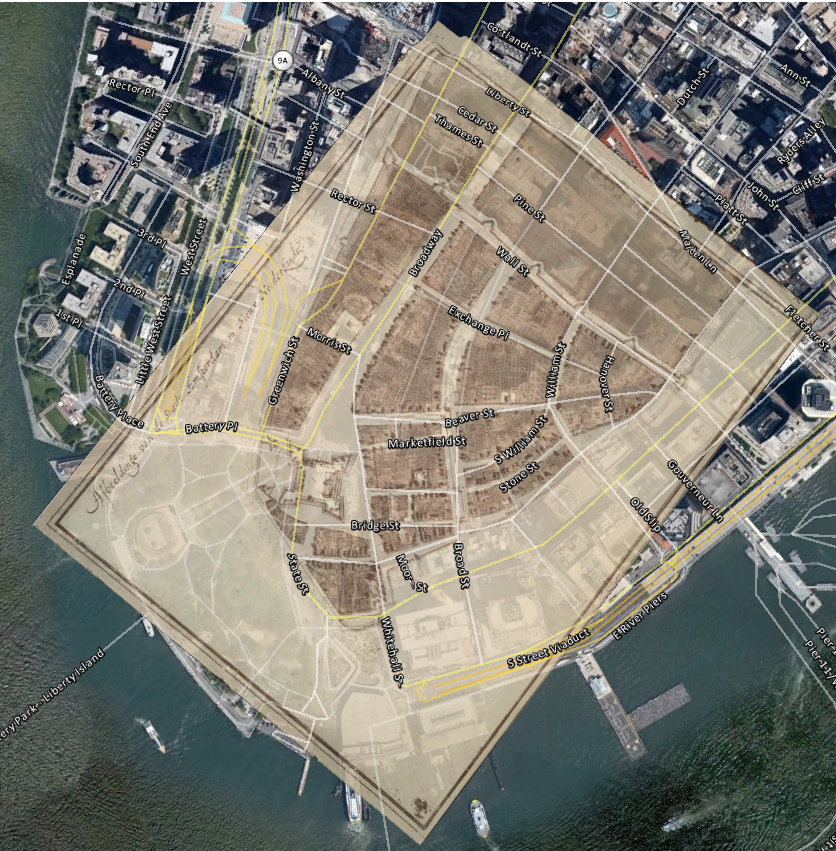 The excellent historical blog Ephemeral New York has a post today about the 1660 Costello Plan, referred to by the New York Public Library as the “earliest known plan of New Amsterdam and the only one dating from the Dutch period.” To put the original Costello Plan into a present-day context, I’ve overlaid it on Google Earth and made these screenshots of lower Manhattan (click the images to see larger versions): North is up in this map.  Look how much of present day New York would have been underwater back in 1660!  Manhattan’s west coast would have been present-day Greenwich Street, … Read more 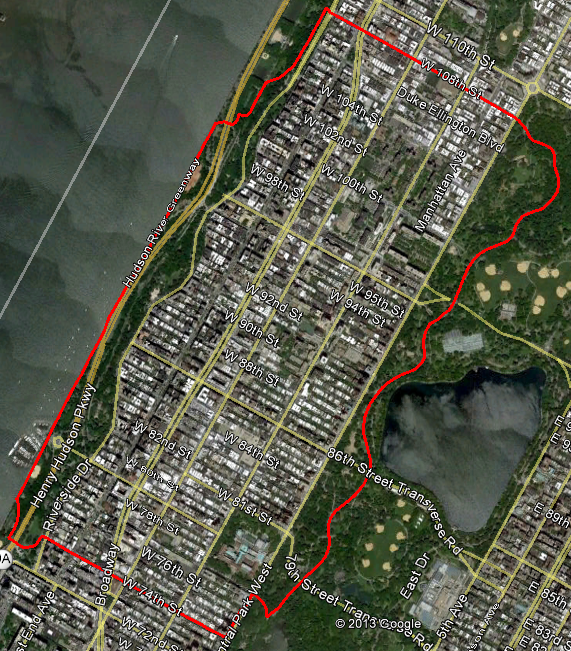 For those in the great city of New York City, specifically the Upper West Side of Manhattan, and into running (ok, I just limited my global audience for this post!), I have an inspirational — or at least not monotonous — 5 1/3 mile run for you! Half of the run is in Central Park and the other half along the Hudson River Greenway.  I’m showing 74th Street and 108th Sreet as the two places to cross back and forth between the park- and water-side legs, but you can adjust your numbered blocks up and down to suit your starting … Read more

…”In 1990, there were 2,245 murders in the city. Last year the number was 414, the lowest since police began keeping reliable records.” “In one remarkable day, Nov. 26, 2012, there was not a single murder, stabbing or shooting reported in the nation’s largest city, possibly the only time that happened since New York was a small Dutch colony.”… Mystery Of New York’s Falling Crime Rate Remains Unsolved | LiveScience: ‘via Blog this’ 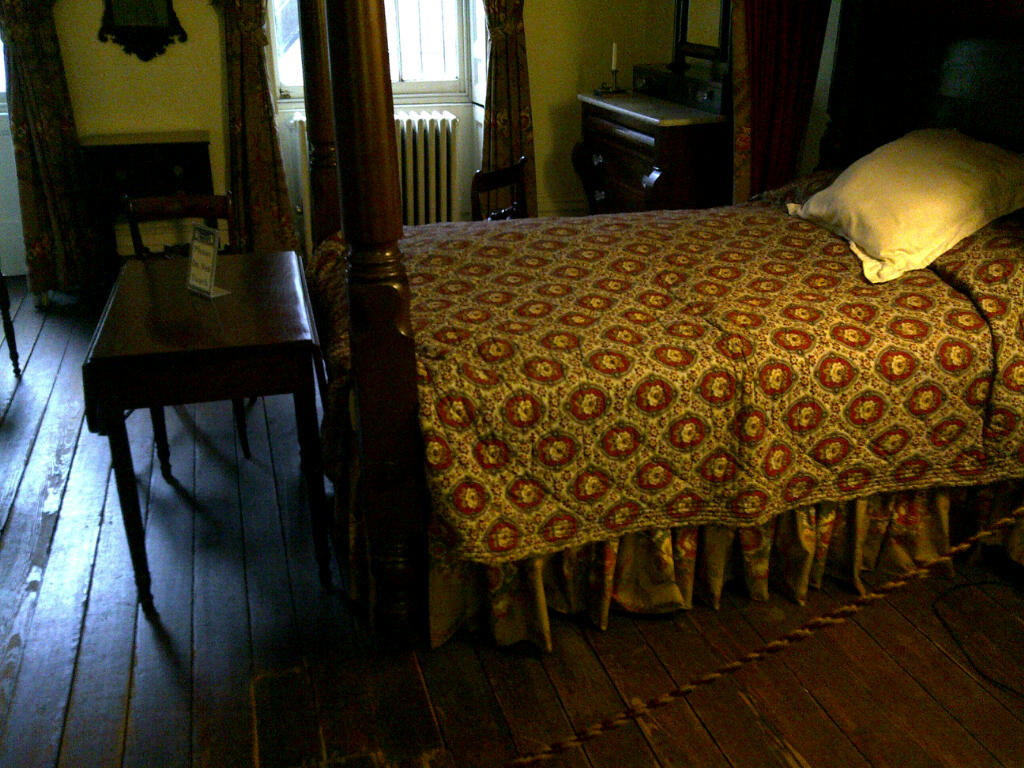 Its the best-preserved 19th-century house in Manhattan. They’re also currently exhibiting Civil War wound photos from the Burns Collection (not quite as gruesome as it sounds, yet quite moving).  I recommend the museum; Google the museum for more info.