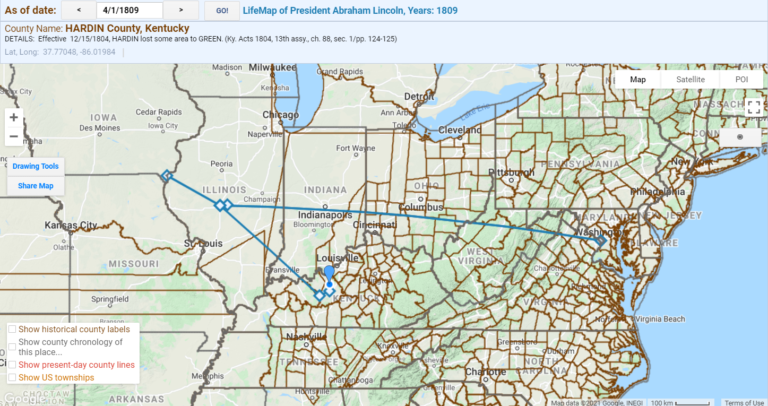 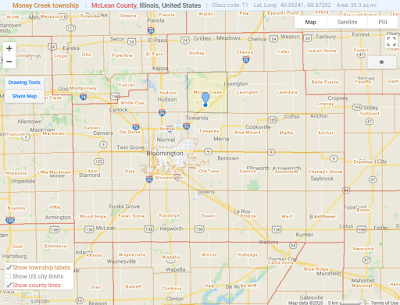 Check out the new Civil Townships tool to see township boundaries on Google Maps, with an option to also see township name labels on the map. Civil townships are active levels of government in about 20 states.  They are typically referred to as “towns” in New England, New York and Wisconsin, and are “charter townships” in Michigan.  There are an additional several states beyond the 20 that have “inactive” townships, meaning they have recognizable names that the locals may refer to, but that do not serve a governmental purpose.  Long story short, all of these flavors of townships are shown … Read more

While searching on Ancestry.com and FamilySearch, the FREE Historical U.S. Counties Auto-Checker extension for Chrome* automatically checks that the county existed in the year you are searching, checks for valid places, warns of boundary changes, and links to historical county lines on Google Maps for the place and years you are searching. NEW! SEE A LifeMap OF YOUR ANCESTORS:  If you are a randymajors.org Research Hub Contributor, you can link to a LifeMap showing all of the U.S. locations for each fact on any person profile page on Ancestry!  It will show the Historical U.S. Counties as they existed as of … Read more 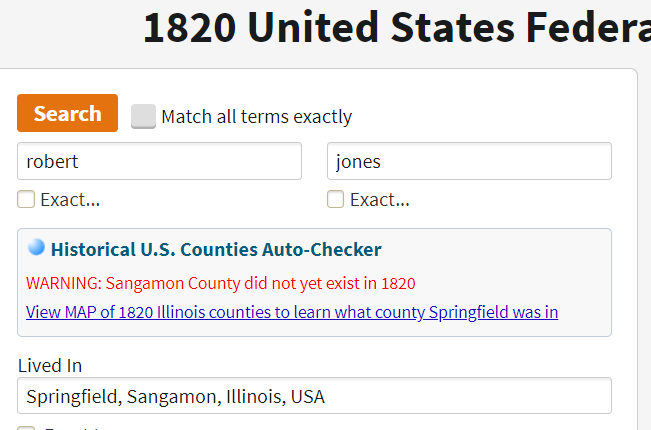 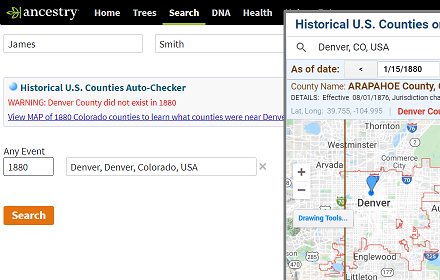 U.S. county boundaries have changed over 17,600 times since America was settled in colonial times. Don’t sabotage your search for ancestors by not knowing the correct county for the historical years you are researching. While searching on Ancestry or FamilySearch, the free Historical U.S. Counties Auto-Checker extension for Google Chrome* automatically checks that the county existed in the year you are searching, warns of boundary changes, and links to historical county lines on Google Maps for the place and years you are searching! Install for free today and never let an ancestor fall of the map again! For a step-by-step … Read more 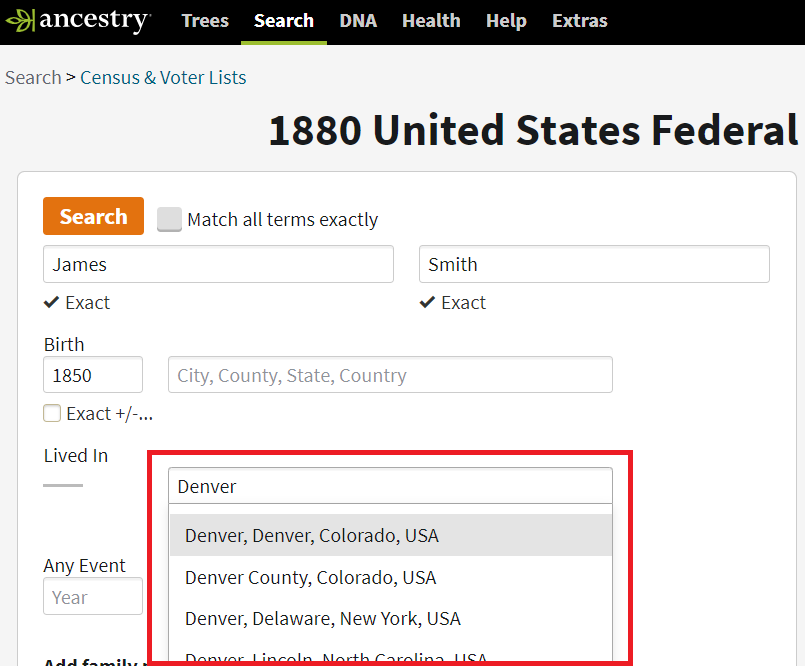 It’s been a long time in the making…so I’m excited to finally make this Chrome extension available!  Here’s a run-down on what the Chrome* extension does and why it’s important for your searches on Ancestry and FamilySearch. Are you unknowingly sabotaging your searches on Ancestry and FamilySearch? When searching on Ancestry.com, don’t be lulled into complacency by the convenient “City, County, State…” autocomplete dropdown menus like this one: Why?  Because the county listed in the drop-down may not be right!  The county may not have existed in the year you are searching…or boundaries may have changed.  (Keep reading…county boundaries have … Read more 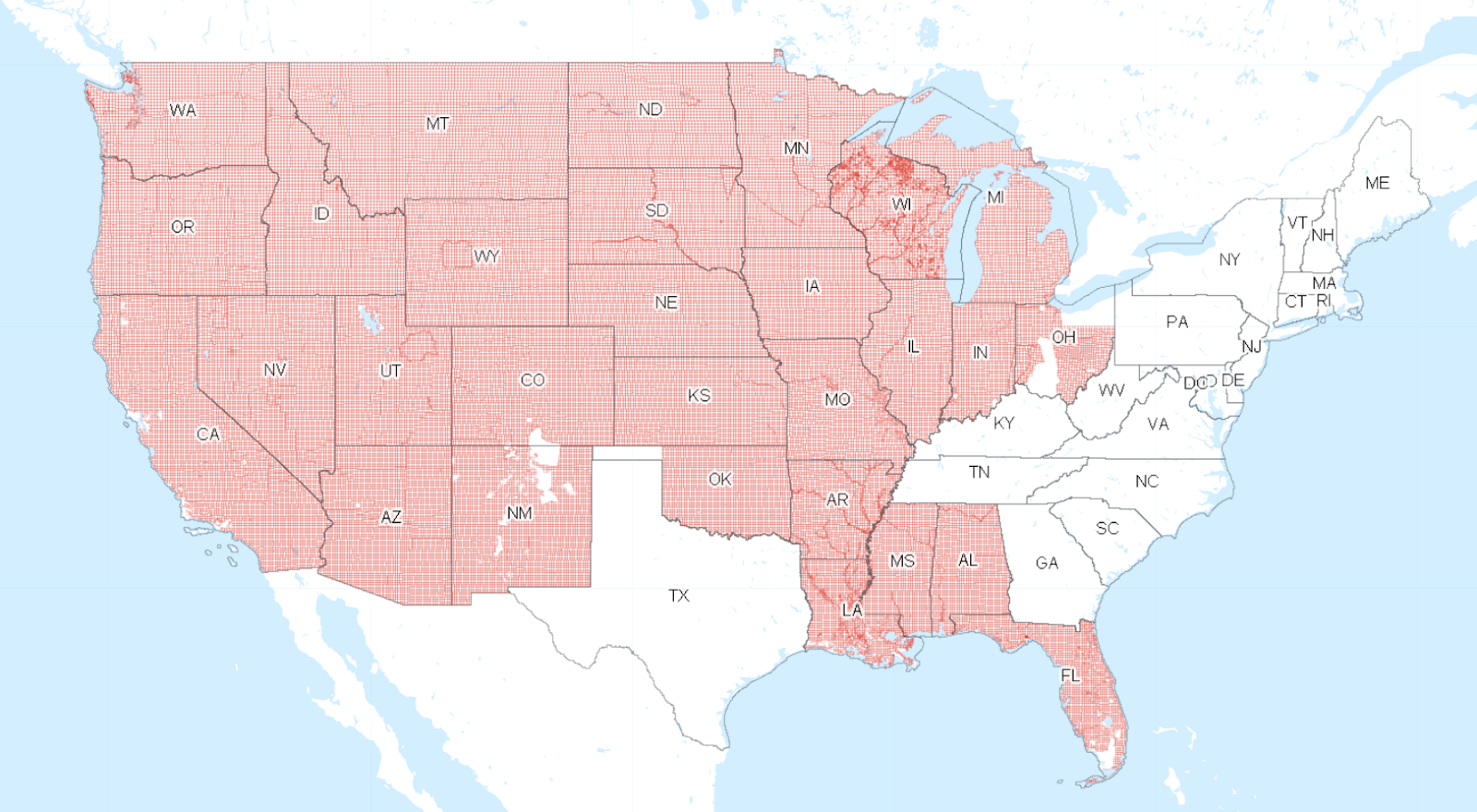 This topic is more complicated than it sounds, so I’ll attempt to keep it high level. Whether you’re doing present-day or historical research about a place, it’s important to know which levels of local government exist in the state you are researching (e.g. counties, cities, townships).  Why should you care? It may determine which place houses the records you’re looking for The exact location often determines which local taxes are levied and which local laws are applicable  It determines who has jurisdiction for a given location (e.g. police, sheriff, etc.) In addition to providing some definitions, I’ll also point you … Read more

“So what is your website all about?”  I increasingly get asked some form of this question about randymajors.org Research Hub. A BRIEF BACKSTORY:  Back in 2006-2010, the randymajors.org website was a fairly small collection of blog posts about family history plus some of my photography.  Then, in 2011 I launched the AncestorSearch on Google Search and Historical U.S. Counties on Google Maps tools primarily aimed at genealogy and historical research. FAST FORWARD TO 2018:  I decided to broaden the appeal of the mapping and search tools to a more general audience by launching the present-day County Lines on Google Maps tool.  I continued to … Read more

Sometimes it’s hard to determine where you are when using Section, Township and Range Maps.  So to help provide more geographic context when searching for a land parcel, county information has now been added to the Section Township Range on Google Maps tool. For example, let’s do the following “Find parcel” at the bottom of the map: That will show the following map, now including the county name on top as well as dashed gray lines for the county boundaries, like this: Note the county name shown in the upper right (highlighted with the red box above), and the county line … Read more

Over the years, I’ve had lots of requests for a way to subscribe to the map and search tools on randymajors.org rather than having advertisements displayed. This has been a challenge, as I want to keep the tools free of charge for everyone to use, and the advertising helps offset the significant costs associated with the development and operation of the tools. I’m excited to say that you now have an opportunity to choose what works best for you:      Free map tools supported by advertising (left/top), AD-FREE FULLSCREEN map and search tools (right/bottom) The above screenshots are from … Read more


PLEASE NOTE: Ads help fund the development of all these FREE tools on this website.