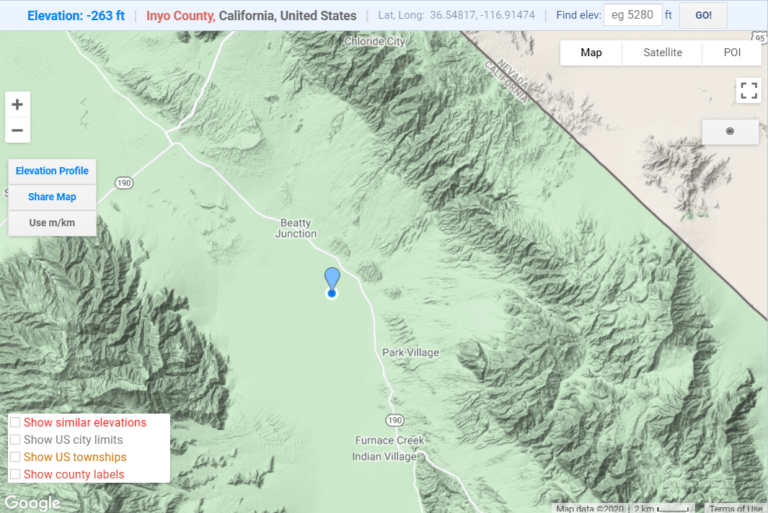 A quick announcement of two Map Tool enhancements on the randymajors.org website. Check out how high you are… ok, your current elevation ;) with the What Is My Current Elevation? tool. It looks like this: The tool uses your device location, and so is typically more accurate on a mobile device with GPS. With the other tool enhancement, you can determine your current ZIP Code based based on your device location with the What ZIP Code Am I In? tool. Note that this one works based with larger ZIP Code areas. These tools can both be found in the Current … Read more

Where It’s At is an occasional feature that uses maps to show interesting stuff about our world.  At least interesting to map geeks like me :) For this inaugural post:  Where can you can drop nearly 15,000 feet of elevation in just over 85 miles in the contiguous United States? A clue:  these two points also happen to be the highest elevation point and the lowest elevation point in the contiguous U.S. Answer:  Mount Whitney, California to Badwater Basin in Death Valley, California: And here’s the elevation profile along that line: Note that it’s not a nice easy descent along … Read more