If you were to walk the perimeter of this U.S. city’s city limits, you would cover 1,562 miles (2,513 km), which is roughly the same distance as walking from Philadelphia to Denver.*

And the answer is: 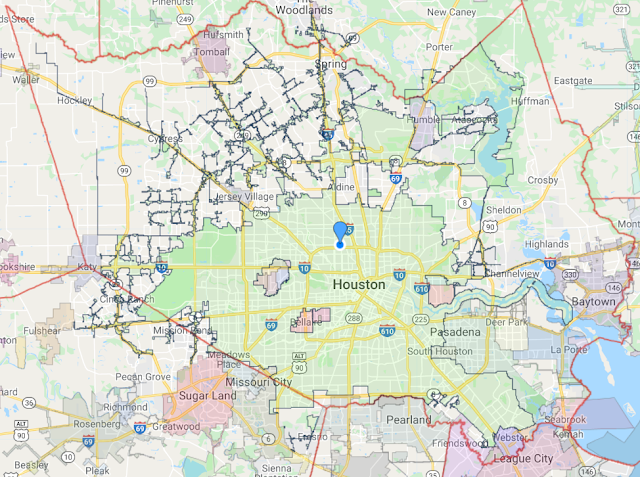 Well, of course, Houston.  Isn’t everything big in Texas?  The city covers an area of 672 square miles (1,739 sq km), and all those little (big) tendrils shown by the dark blue lines above make its perimeter add up to this whopping 1,562 miles!  Want to zoom in and see the details?  Explore the city limits of Houston here.

Bonus trivia:  If Houston has the longest perimeter, does it also have the largest area?

Want to explore your city?  Check out the What City Am I In? tool on this website.

2 thoughts on “Where It’s At: Walking the perimeter of this city = Walking from Philadelphia to Denver”