If you’re Australian or familiar with Australian government hierarchy (which I wasn’t!), the first thing you may ask is what is a “county” in Australia, as it evidently doesn’t exist.

According to Wikipedia, “Unlike Canada or the United States, there is only one level of government in each state, with no distinction such as cities and counties.”  Instead, Australia uses Local Government Areas (LGAs).

So now the County Lines on Google Maps tool includes all of the Australian LGA boundaries!

Here’s a snapshot from the southeastern part of Australia, with the city and state name for the red marker displayed at the bottom of the map: 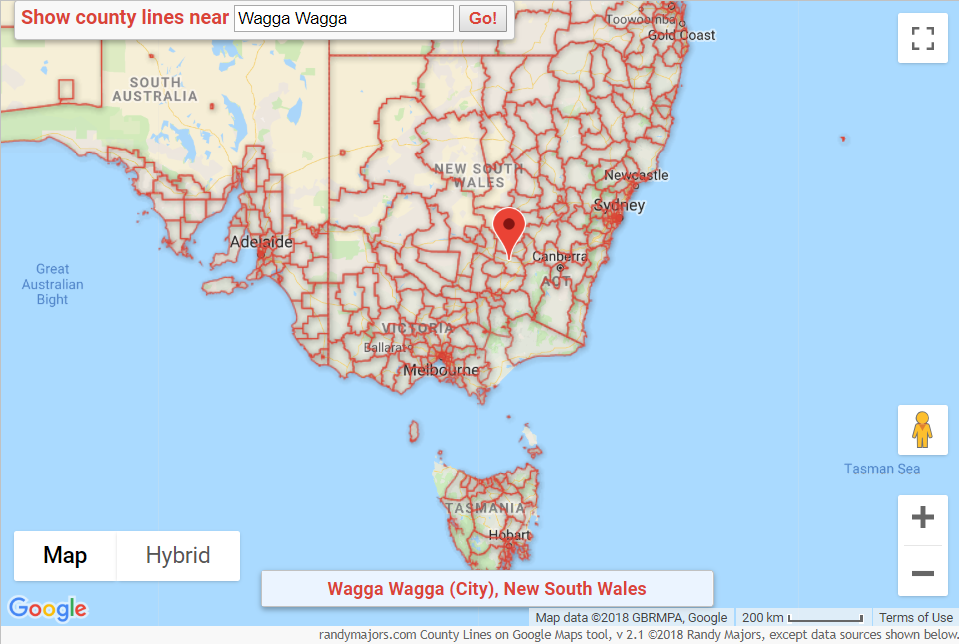 For reference, the following is a list of the types of Australian Local Government Areas.  All of the boundaries of these Australian LGAs can be displayed on the County Lines on Google Maps tool:

Hope you find this addition useful!  Feel free to leave comments or suggestions below, and share the tool with your Australian friends.