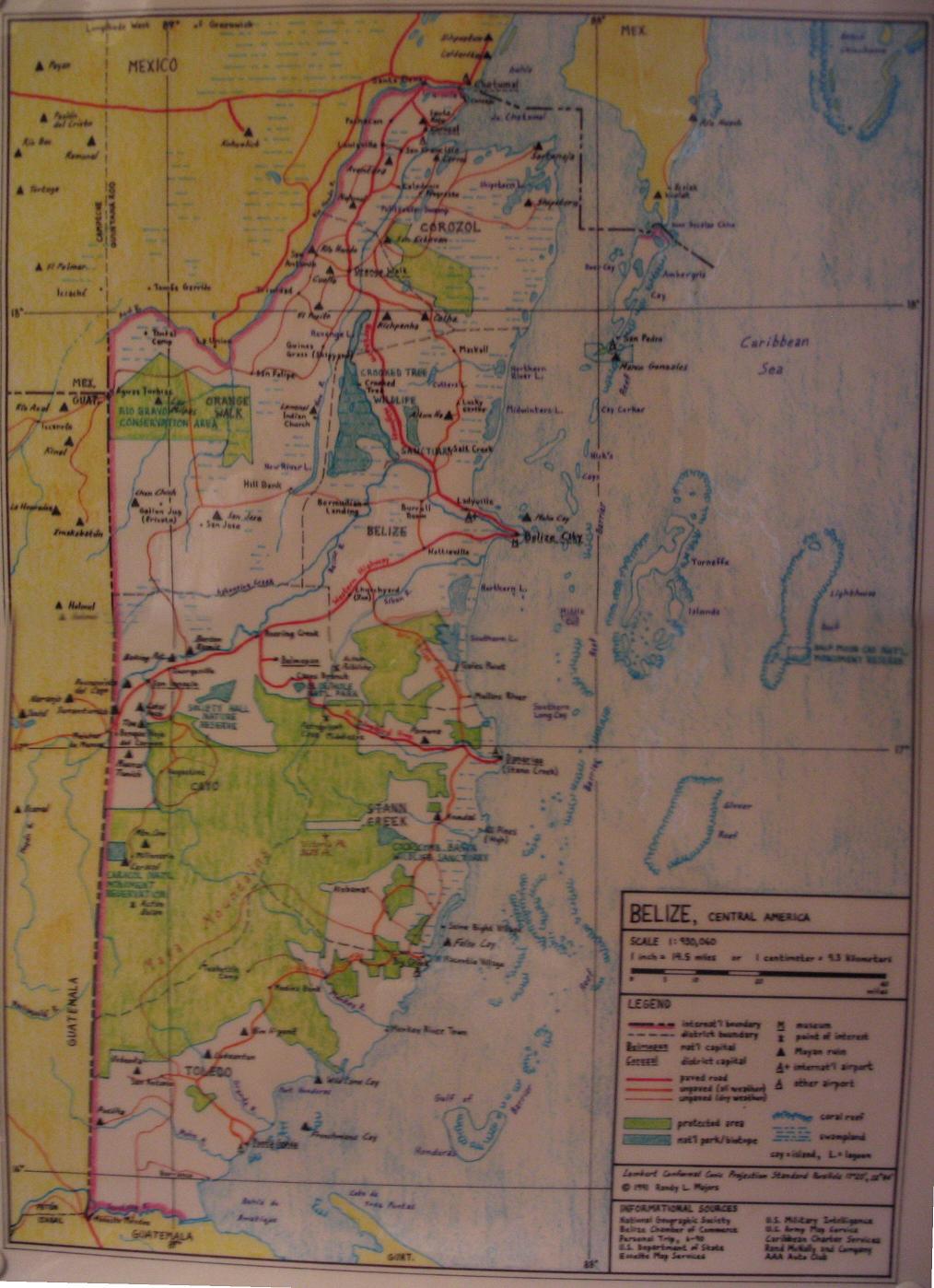 Hand-drawn map of Belize, drawn after returning to Colorado.  We began the 1990 driving trip to Belize in Denver, Colorado, traveling through New Mexico, Texas, down along Mexico’s Gulf Coast, and into Belize.  Along the way, and in Belize, we camped on the beaches and lived off the land for several weeks. 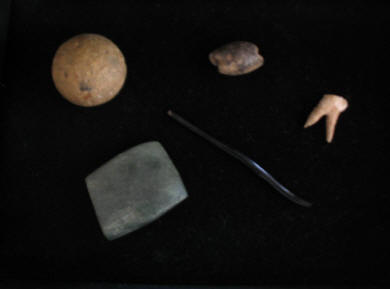 Artifacts from a Shipwreck

Artifacts discovered on the coastline near Shipstern, an unexcavated Mayan ruin in northeastern Belize. 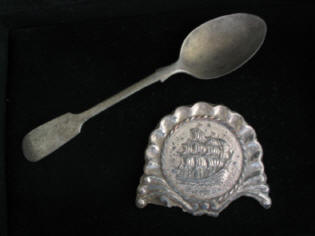 Silver spoon and handle of an ashtray 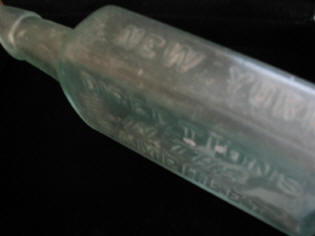 “Message in a bottle”

The website hairraisingstories.com states the following about this bottle:

– This product was originally sold by Alexander C. Barry of New York City starting around 1842.  The product was for sale well into the 20th century.  There were several other proprietors of Tricopherous, and it’s not clear that Barry was the first.  I think that the first Tricopherous was probably produced in Europe. It’s possible, however, that Barry had started out over there.

– Barclay registered a trademark for the brand name in 1897 (#29,913), and claimed that he had been selling the brand since 1868.  The labels they used for the product at that time included the trademark, which is a representation of a female figure, standing in a framework, with representations of vessels at sea on one side, and a railway-train upon the other.

– In 1893, the Pharmaceutical Era examined the contents of Barry’s Tricopherous and found it to contain 97% alcohol, about 1.5% castor oil, 1% tincture of cantharides (spanish fly), and some fragrant oils.